Book One in the Deathless Trilogy

What is The Gilded Ones?

Goodreads Synopsis: Sixteen-year-old Deka lives in fear and anticipation of the blood ceremony that will determine whether she will become a member of her village. Already different from everyone else because of her unnatural intuition, Deka prays for red blood so she can finally feel like she belongs.

But on the day of the ceremony, her blood runs gold, the color of impurity–and Deka knows she will face a consequence worse than death.

Then a mysterious woman comes to her with a choice: stay in the village and submit to her fate, or leave to fight for the emperor in an army of girls just like her. They are called alaki–near-immortals with rare gifts. And they are the only ones who can stop the empire’s greatest threat.

Knowing the dangers that lie ahead yet yearning for acceptance, Deka decides to leave the only life she’s ever known. But as she journeys to the capital to train for the biggest battle of her life, she will discover that the great walled city holds many surprises. Nothing and no one are quite what they seem to be–not even Deka herself.

The Gilded Ones was a fantasy book I was really excited to read, but unfortunately, it wasn’t for me. I hate to be negative, so I’m keeping this short and sweet. Remember that reviews are subjective, and what I dislike, other readers may still enjoy.

I will say that this book will make a great introduction to fantasy, raising many important real world issues. I think younger readers, just getting into Young Adult, would really enjoy this debut. It has a nice blend of fantasy, myth and feminism, which would act as a stepping stone into the genre.

There is so much potential in this book, but I felt like a lot of elements were glossed over. If it was a longer book, I think it would make a really interesting, gritty fantasy with elements of mythology. There was a lot of telling, rather than showing, which caused me to disconnect with the story. The plot and character development felt rushed, with characters not getting much depth beyond their role, which was ensuring the main character had allies. I wanted to know more about them, I wanted them to feel real, to leap off the page, but ultimately, I was left wanting. There were a lot of time jumps too, with mentions of how the next three weeks would be tough, and then, in the next paragraph, those next three weeks were up. I understand that this was to progress the plot, but allowing time for the pace to slow, down to display those struggles, allows the reader to gain sympathy for characters, which leads to readers relating to them, and then rooting for them.

This book sets out to detail the patriarchy, which sounds divine, but again, I wanted more. The book begins with women waiting to find out of they are pure, with little or no rights. The impure woman are then taken to an all female training facility. Sounds amazing, right? Except all of these woman are paired to work with men, and our main character develops a relationship with a love interest that felt forced. There were powerful moments that were over too quickly, and instances of men defending woman because it was ‘their turn’. The playing field was equal at times, and I was waiting for a moment where woman would rise up and prove them all wrong.

Overall, this book wasn’t for me but I’m so grateful that I was able to read it early. Thank you to Usborne Publishing and Netgalley for providing me with an E-ARC. I’m always honest in my reviews, and I do mean it when I say that even though this book wasn’t for me, there are readers out there who will enjoy it.

Thank you so much for reading this review, until next time, happy reading. 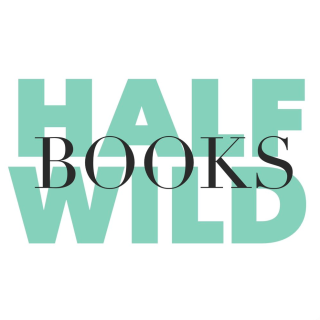